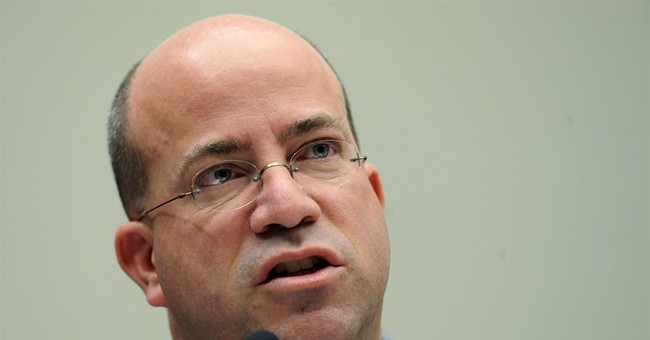 Backlash from both the left and right ensued after CNN tracked down the Reddit user who created the Trump/CNN WWE gif and apparently threatened to dox him unless he apologized, showed remorse, and removed all offending posts. But this instance wouldn’t be the first case of #CNNBlackmail in the network’s (recent) history.

WeazelZippers dug up a Q&A between CNN’s Jeff Zucker and the New York Magazine days before President Trump’s inauguration in which the network’s president lobbed a veiled threat at Trump if he continued to be hostile toward CNN.

Emphasis in italics mine:

I think the era of access journalism as we’ve known it is over. It doesn’t worry me that Donald Trump hasn’t done an interview with CNN in eight months. I think our credibility is higher than ever, and our viewership is higher than ever, and our reporting is as strong as ever. One of the things I think this administration hasn’t figured out yet is that there’s only one television network that is seen in Beijing, Moscow, Seoul, Tokyo, Pyongyang, Baghdad, Tehran, and Damascus — and that’s CNN. The perception of Donald Trump in capitals around the world is shaped, in many ways, by CNN. Continuing to have an adversarial relationship with that network is a mistake. (NY Mag)

There’s not even a semblance of objectivity here, and this is coming from the network’s president. No wonder its reporters have followed lockstep in their coverage of the president, guaranteeing an adversarial relationship with Trump—who’s never been one to back down from a fight—would continue.

#CNNBlackmail may be trending for awhile.