Milo Takes on The Left, Establishment GOP, and More in New Book, 'Dangerous' 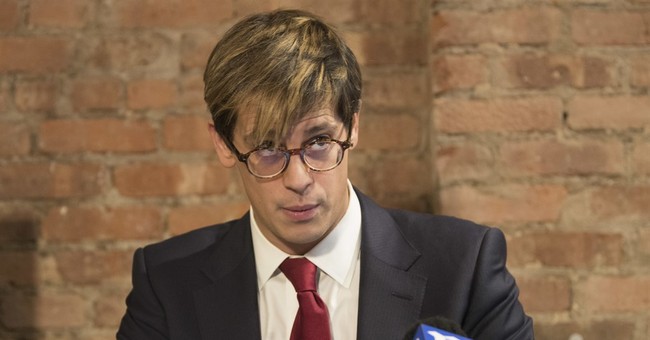 The Left’s war on free speech is front and center in Milo Yiannopoulos’s new self-published book “Dangerous,” which was released July 4.

The DC has more:

The overarching takeaway though isn’t necessarily the facts Milo lays out, though many arguments are persuasive, but the practice of how to be dangerous with our ideas. The practice of reading ideas you disagree with, verifying them with your world experience and their factual accuracy, and discovering the truth for yourself is vital of any American learner. It’s a methodology that we learned in middle school as young writers, “show, don’t tell” except perhaps in learning it’s “research, don’t regurgitate.” Without grappling with an idea, you can’t really say that you disagree with it.

By that same token, however, if fresh takes and criticism of certain ideas, groups, or religions earns career-ending labels from the Left or moral banishment from the Right, Milo posits that we are doomed to less liberty and a growing task force of thought police. (The Daily Caller)

The book’s launch party will take place Thursday in Manhattan, and Yiannopoulos promises it will be “a party as dangerous as the book itself.”