Flashback: When Liberal Sites Mocked Otto Warmbier For Getting What He Deserved 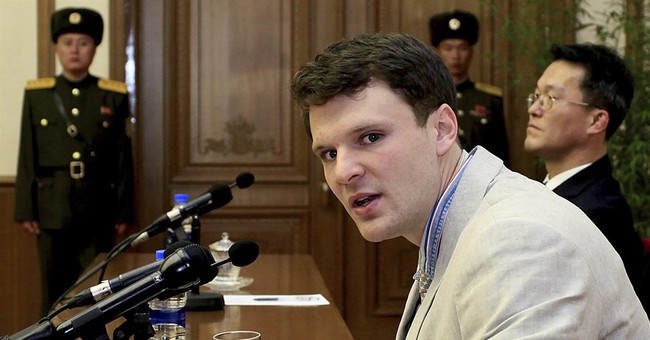 After suffering 17 months of brutal captivity in North Korea, Otto Warmbier died Monday, having spent more than a year in a coma before his release last week.

After news of his death, Twitter users were quick to resurface articles from liberal sites Salon, Huffington Post, and Bustle in 2016 mocking the college student for getting what he deserved.

Warmbier was accused of stealing a propaganda poster from the hotel he was staying at in North Korea and sentenced to 15 years of hard labor.

This Huffington Post piece is even more outrageous today than when it was originally published. https://t.co/kraXAbNJQF

Bustle: Why Do People Blame Otto Warmbier For His North Korea Sentence? Privilege Can Sometimes Come At A Price

Here's Bustle, engaged in the same victim-blaming back in the day pic.twitter.com/BYVBx0FY4t

Salon: This might be America’s biggest idiot frat boy: Meet the UVa student who thought he could pull a prank in North Korea

Reminder that Salon was downright gleeful when Warmbier was first arrested pic.twitter.com/BIMB9f7nEb

Best thing about this 2016 #hottake from Wilmore and Salon is they both completely buy the Norks’ version of events. Truth to power, fellas. https://t.co/IsGe4PjW4c

As one Twitter user quipped, “they put the "ass" in "class."”