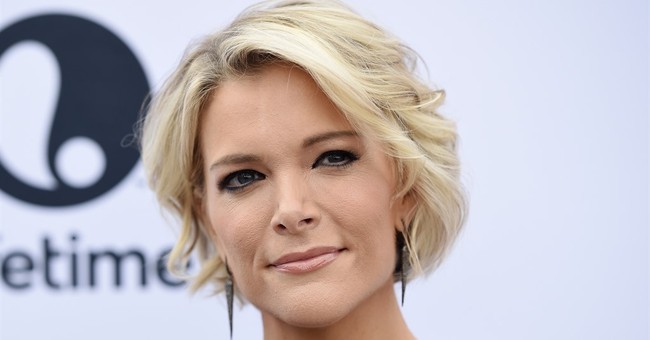 NBC anchor Megyn Kelly’s upcoming interview with InfoWars’s Alex Jones has caused significant backlash, with advertiser J.P. Morgan Chase deciding to pull its ads from the network until after the segment airs.

J.P. Morgan’s chief marketing officer said Monday she was “repulsed” that Kelly “would give a second of airtime to someone who says Sandy Hook and Aurora are hoaxes.”

And the families of the victims of the Sand Hook and Aurora massacres are especially outraged.

Jones, whose site is called Infowars, has embraced a number of conspiracy theories without a shred of evidence, such as calling the 9/11 attacks an “inside job.” But none has proved as hurtful as his contention that the murder of 20 students and six adults at Connecticut’s Sandy Hook elementary school was a hoax. He literally accused the parents mourning the death of their children of being actors.

The family of Vicki Soto, a teacher killed in the attack, told Kelly in a Facebook posting that it was “greatly disappointed” in her decision to interview Jones: “Alex and his followers have done nothing but make our lives a living hell for the last 4-1/2 years.”

One of those grieving parents, Nelba Marquez-Greene, called the interview an “egregious offense” to the relatives of those killed in the 2012 massacre. She told the Washington Post that “to give Alex Jones a platform on Father’s Day is especially cruel to me.” The Sandy Hook Promise Foundation, a nonprofit group opposed to gun violence, has dropped Kelly as host of an annual gala being held tomorrow in Washington.

Kelly, in defending the decision to interview him, said in a statement that she finds “Jones’s suggestion that Sandy Hook was “a hoax” as personally revolting as every other rational person does.” This, however, is part of the reason she sat down with him.

“It left me, and many other Americans, asking the very question that prompted this interview: How does Jones, who traffics in these outrageous conspiracy theories, have the respect of the president of the United States and a growing audience of millions?” she asked in her statement.

“President Trump, by praising and citing him, appearing on his show, and giving him White House press credentials, has helped elevate Jones, to the alarm of many,” she continued. “Our goal in sitting down with him was to shine a light—as journalists are supposed to do—on this influential figure, and yes—to discuss the considerable falsehoods he has promoted with near impunity.”

Liz Cole, the executive producer of "Sunday Night with Megyn Kelly," asked people to hold their judgments until they see the full show.

"Judge it when you see it. Megyn does a strong interview. We're not just giving him a platform,” she said.

"Giving him a platform would mean he goes unchallenged, and that's not the case in any way," Cole added. "Where is he getting these theories and this information?... Viewers will see Megyn do a strong interview where she challenges him appropriately... That's the benefit of putting him out there. When someone actually sits down and asks him questions and he has to come up with answers -- there's value to that."

Jones called on Kelly Monday to cancel the airing of the interview for “misrepresenting” his views about Sandy Hook. He acknowledged on his radio show that he believed Sandy Hook took place, and that children died, but said there are anomalies about the incident. He claimed that part was edited from NBC’s promotion of the event. He also is demanding it not be aired on Father’s Day.