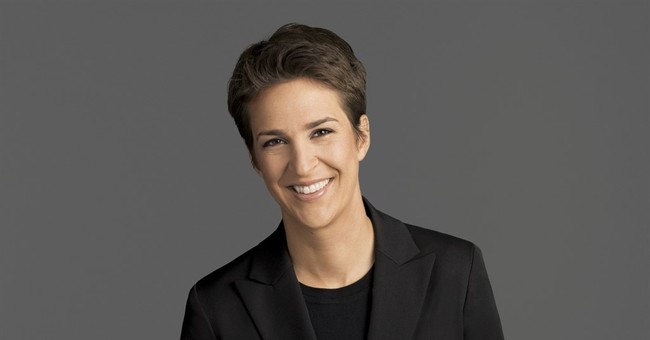 In terms of individual programs, "The Rachel Maddow Show" at 9 p.m. continued its ratings roll, finishing as the most-watched nonsports program for the week in all of basic cable.

Lawrence O'Donnell, who is still reportedly in negotiations with the network with his contract set to expire on June 4, was second overall in the cable news race for the week with "The Last Word" at 10 p.m.

Anderson Cooper led the way for CNN, winning his 8 p.m. slot for "AC 360" for five straight days last week over Fox and MSNBC. It marked the first time CNN had such a streak since right after the September 11th attacks at that hour.

CNN and MSNBC have been the beneficiaries of controversies and investigations surrounding President Trump that seemingly dictate the news cycle on a daily basis, with both networks now challenging Fox after getting decidedly beaten each year since 2001.

The last time Fox finished third for the week (Monday-Friday) was June of 2000.

Overall, however, Fox News is still dominating in terms of viewership. It was the most-watched cable news network among basic cable for the first quarter of 2017, and 2016 was its most-watched year in its two-decade history.

Fox is also still winning for the month of May overall.