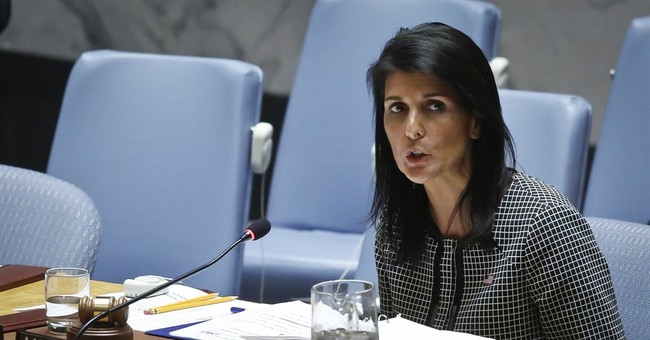 U.S. Ambassador to the United Nations Nikki Haley has committed herself to changing the culture at the U.N., starting with attitudes toward Israel.

“The days of Israel-bashing are over,” she told the crowd at the American Israel Public Affairs Committee in March. “There are a lot of threats to peace and security. But you’re not going to take our No. 1 democratic friend in the Middle East and beat up on them.”

But she’s followed through on her threats, too. And Israeli Justice Minister Ayelet Shaked has noticed.

"Israel is not the United Nations' punching bag anymore," Shaked said. "We can see the change with Nikki Haley as the U.S. ambassador to the United Nations … Israelis finally feel that we have someone leading the fight for justice and morality in a place without it. We feel like our voice will finally be heard in the halls of the General Assembly."

Shaked singled out the U.N.’s resolution on Israeli settlements, calling it “nothing more than antisemitism and delegitimization of Israel.”

Haley was also highly critical of the resolution, which declares the settlement activity illegal.

"Today, we have a partner in the Trump administration in fighting it, and all unnecessary and illegal U.N. resolutions," Shaked said during her speech.