Dem Senator on North Korea: 'We Will Retaliate' 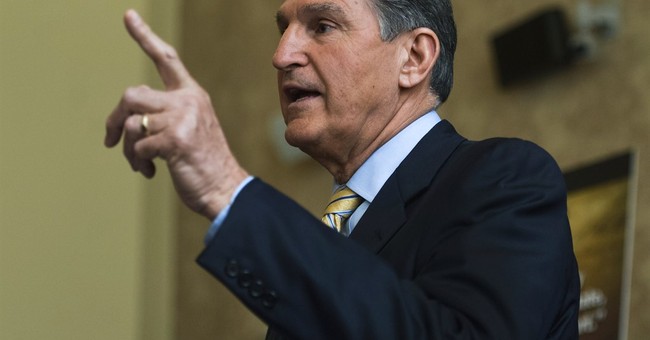 Sen. Joe Manchin (D-WV) said Monday the U.S. would not stand idly by while the rogue nation of North Korea became increasingly hostile.

“North Korea, basically, would do all they can do,” he said on CNN. “They have to understand that we will retaliate. We’re not going to sit back and take it.”

“So if they think that they can play their games and that’s just going to continue, for us to hunker down and say, ‘Oh, that’s not that bad’ or ‘that didn’t do much damage,’ I don’t think that’s going to happen.”

North Korea on Monday blamed the U.S. for creating “a dangerous situation in which a thermonuclear war may break out at any minute.”

“[North Korea] is ready to react to any mode of war desired by the U.S.,” said Kim In Ryong, North Korea’s deputy United Nations ambassador.

White House Press Secretary Sean Spicer said Monday that the U.S. has plans in place for “almost any scenario” relating to hostile actions from North Korea, including a direct attack on American soil.