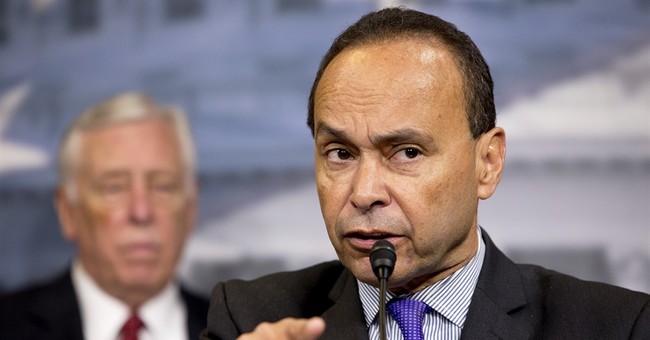 Gutierrez was there to attend a meeting between ICE officials and immigration activists, lawyers, community leaders, and elected officials. When the Illinois representative did not get the answers he wanted, however, he decided to stay.

“They were asking about specific cases and about the general conduct of ICE and deportations,” said Doug Rivlin, Gutierrez's director of communications, The Hill reports.

“The congressman has decided that he did not get the answers he was looking for from the ICE regional director and he’s going to be staying inside until he gets answers, even if that means risking arrest,” said Rivlin, according to NBC.

He was not handcuffed for long and it was unclear at the time whether he would be formally arrested over his protest.

I was arrested, cuffed then cuffs were cut off. Waiting for further word on if/when we will be arrested. #chiresist pic.twitter.com/vKJRnz6Ebj

Gutierrez said he believes federal police uncuffed him so quickly because they understand their policies are “morally bankrupt.”

ICE knows deportation policies are egregious, unfair. They have not arrested us because they know policies are morally bankrupt. #chiresist

The DHS Police are still outside, but so far they have not come back to arrest us at the sit-in. #chiresist #twill pic.twitter.com/NitiGR9ZME

Gutierrez is no stranger to confrontations with police over his protests. In 2011 he was arrested outside the White House protesting deportations carried out by the Obama administration.