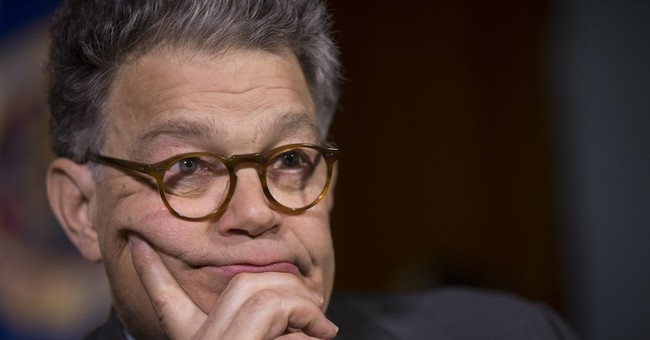 Democratic Sen. Al Franken did not go as far as to say Sen. Jeff Sessions lied about his contacts with Russia during his confirmation hearing, but he did say at the very least he was “extremely misleading.”

"I had simply asked him [during his confirmation hearing] what would he do if he had learned that other members of the campaign had met with the Russians, hoping he would say he would recuse himself," Franken said on CNN's "New Day" Thursday.

"He chose not to answer that but instead chose to say that he had not met with the Russians and of course, the ambassador from Russia is Russian."

In response to Franken’s question, Sessions said he was “not aware of any of those activities,” and added, “I have been called a surrogate at a time or two in that campaign and I did not have communications with the Russians.”

When asked if he thought Sessions lied, Franken said, "At the very least, this was extremely misleading."

“[W]hether he in his head thought that he was answering whether he had talked to any Russians about the campaign, ... he should have said so," Franken said.

Franken also said he will be sending the attorney general a letter asking him to “explain himself.”

"He should have said, 'I met with Russia ambassador a couple times but we didn't discuss the campaign.' "

As a senior member of the Armed Services Committee, Sessions spoke privately with Russian Ambassador Sergey Kislyak from his Senate office. He also spoke with him at a Heritage Foundation event when Kislyak approached Sessions along with a group of ambassadors.