CNN Anchor: Fake News Label Is Like the N-word For Journalists 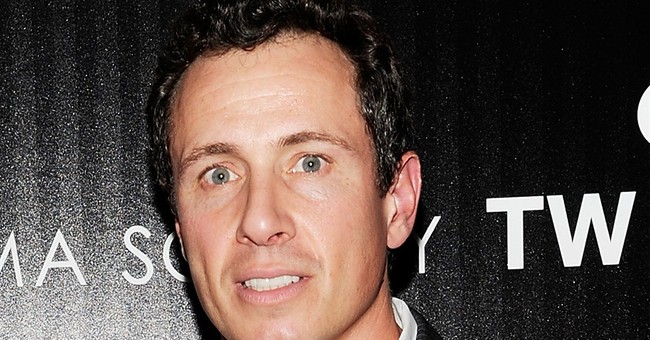 CNN anchor Chris Cuomo said Thursday that the label “fake news” has become the equivalent of an ethnic slur for journalists.

“I see being called ‘fake news’ as the equivalent of the N-word for journalists,” he said on Sirius XM's "POTUS."

"[It’s] the equivalent of calling an Italian any of the ugly words that people have for that ethnicity. That’s what fake news is to a journalist," he added.

“It is an ugly insult, and you had better be right if you’re going to charge a journalist with lying on purpose," he continued. "The president was not right here and he’s not been right in the past.”

President Trump has repeatedly called out CNN for its “fake news”—perhaps most memorably when he berated a reporter for the network during a press conference, saying, “you are fake news.”

But he also singled Cuomo out in a tweet Thursday.

“Chris Cuomo, in his interview with Sen. Blumenthal, never asked him about his long-term lie about his brave ‘service’ in Vietnam,” Trump tweeted. "FAKE NEWS!”

The host of CNN’s “New Day” addressed Trump’s criticism on air, saying Trump’s assessment of his interview with the Democratic senator is not accurate.

“Really, [it’s] the first point I made in the interview,” Cuomo said on Sirius XM. "The president, with all due respect, is once again off on the facts. And that’s not something that any of us have any desire to say on a regular basis, but it keeps being true."

“Fake news is the worst thing you can call a journalist. It’s like an ethnic disparagement. We all have these ugly words for people. That’s the one for journalists," he said.

Cuomo later apologized for his comments, noting on Twitter that the “fake news” label is actually not equivalent to an ethnic slur.

“I was wrong. Calling a journalist fake -nothing compared to the pain of a racial slur. I should not have said it. I apologize,” he wrote.