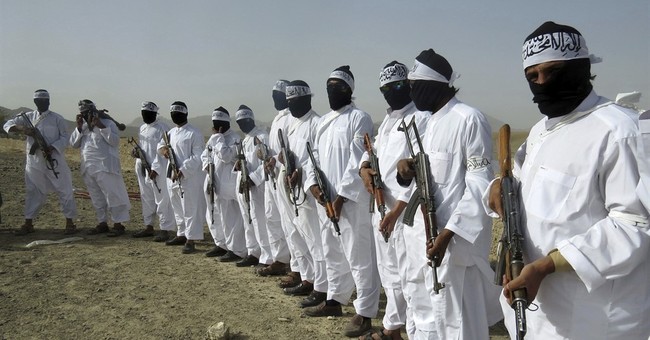 The Taliban released a statement about the transfer of power in the U.S. “from the black skinned Obama to a white skinned billionaire, Donald Trump,” calling on the latter to not follow in the footsteps of his predecessors, Terrormonitor.org reports.

“Afghanistan—which continues to burn in the fire of occupation lit by the arrogance of previous American leaders—hopes that Trump and his cabinet will not follow the crooked unintelligent footsteps of his predecessors in order to both stave off America from destruction and relieve Afghanistan from the evil of invaders,” said the statement, which was released late Saturday.

The Taliban warned that if aggression by the U.S. and its NATO allies continues, “then it is not far that Trump shall sink even deeper into the quagmire that is Afghanistan without any means to pull himself out from its depths.”

With the conflict in Afghanistan in its 16th year, all eyes are on President Trump concerning what U.S. policy in the country will now look like.

Javid Faisal, a spokesman for Afghan Chief Executive Abdullah Abdullah, said the government is looking forward to working with the new administration.

“We are more optimistic than pessimistic,” Faisal said, reports the LA Times.