Obama Is Throwing Himself a Goodbye Party 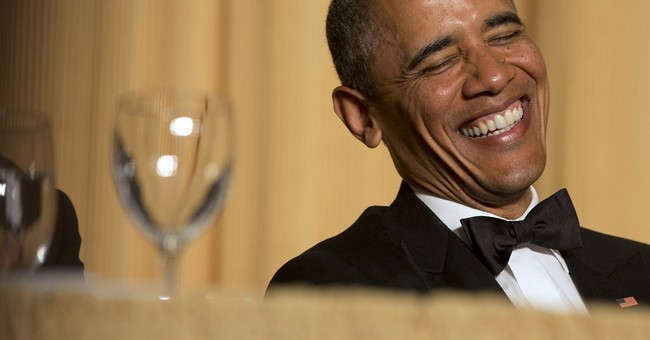 President Obama will have one final party before leaving office, and according to reports, it will be a star-studded event.

The Obamas will host close friends and major donors at the White House on Friday for a goodbye party, the Washington Post reports. And although the White House hasn’t confirmed the event yet, the president and first lady said in an interview with People Magazine last month that they would have one last party.

WaPo gives the rundown on who is likely to show up for the shindig:

Old standbys such as singer Usher and actor Samuel L. Jackson will most likely be there, according to another person with knowledge of the invitees. Also currently practicing their sweet moves are media titan Oprah Winfrey, who snaggedan exit interview with the first lady last month on her fellow invitee and bestie Gayle King’s network CBS; actor Bradley Cooper, who showed up to the French state dinner sans underpants; Beyoncé, who sang at both of Obama’s inaugurations, and her husband, rapper Jay Z. We’re also hearing that Stevie Wonder, who has performed at the White House, director J.J. Abrams and director George Lucas make the list.

The party comes ahead of Obama’s farewell address on Jan. 10, which is going to be held in Chicago.