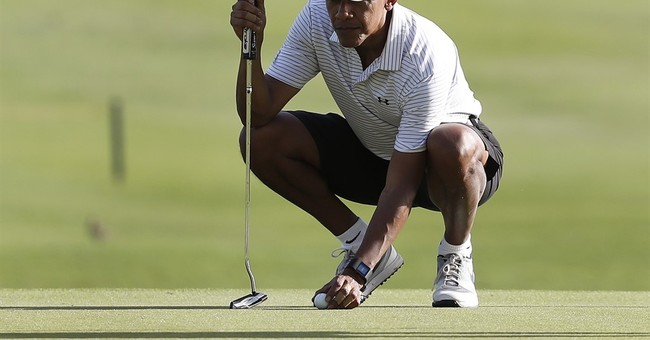 With just weeks left in office and the Obamas on their last annual vacation to Hawaii, new estimates have finally come in tallying the total cost for all the trips the first family has taken over the last eight years.

In sum, the figure has reached $85 million for personal or largely personal travel during Obama’s tenure in office—but it’s expected to climb to $90 million after more records are released, according to Judicial Watch’s review of federal government records.

These costs include Air Force One and other government planes, armored vehicles, medical and communications staff, Secret Service protection, and more.

“The Secret Service and the Air Force are being abused by unnecessary travel,” Judicial Watch president Tom Fitton said. “Unnecessary presidential travel for fundraising and luxury vacations on the taxpayers’ dime would be a good target for reform for the incoming Trump administration.”

The White House defended Obama’s annual vacation to his home state of Hawaii.

“Despite the security apparatus that accompanies any president when traveling, the administration works with the United States Secret Service to minimize the disruptions to local residents and businesses,” White House spokesman Eric Schultz said. “Honolulu is a place where the president can enjoy some downtime with his family and friends and he’s grateful for the warm hospitality he enjoys when there.”

Despite the hefty price tag, Obama has taken fewer vacations than his predecessor, George W. Bush.

He’s taken 28 vacations spanning all or part of 217 days, according to Mark Knoller, a CBS News White House correspondent who maintains an authoritative record of presidential activities. Those numbers do not include the latest Hawaii trip, which began Friday and is expected to end Jan. 2.

“Like every other human being, presidents need time to refresh or replenish,” Ken Duberstein, President Ronald Reagan’s chief of staff in his second term, told McClatchy DC.