Priebus Slams Report About Russia Helping Trump Win, Calls It A 'Play By The Liberal Media' 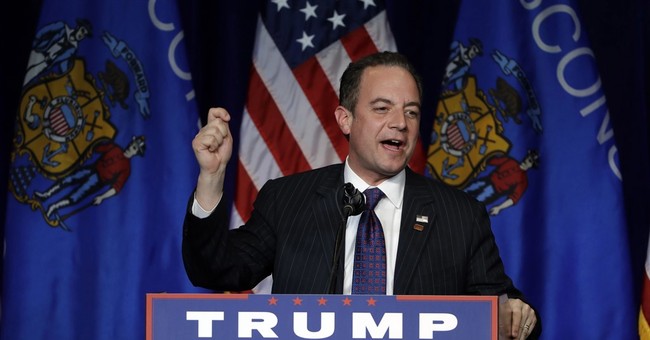 Reince Priebus came to the defense of President-elect Trump Tuesday morning on Fox & Friends, dismissing claims that Russia helped get him elected.

"The reason Donald Trump won was that he swept the country with a message like no one has ever seen. He won because he crushed Hillary Clintonin the debates, especially debate two and three," Priebus said.

"He won because he was able to resonate throughout the Midwest. He won because Hillary decided to ignore Wisconsin and Michigan. I'm sure the Russians didn't advise her of that."

What the CIA’s private assessment that the Russians helped sway the election in Trump’s favor comes down to, Priebus said, is an attempt to delegitimize Trump’s win.

"This whole thing is really a play by the liberal media to take away a legitimate electoral landslide by President-elect Trump," said Trump’s chief of staff.

"But forget about that. We don't care."

.@Reince: This 'Russia helped Trump win' thing is a play by the liberal media to take away a legitimate electoral landslide from Trump pic.twitter.com/IEo812kqQ8