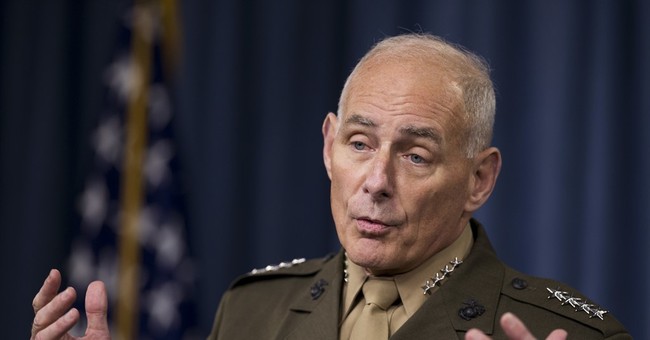 “Gen. John Kelly’s decades of military service and deep commitment to fighting the threat of terrorism inside our borders makes him the ideal choice to serve as our Secretary of the Department of Homeland Security,” Trump said in a statement. “He is the right person to spearhead the urgent mission of stopping illegal immigration and securing our borders, streamlining TSA and improving coordination between our intelligence and law enforcement agencies.”

Kelly’s pick makes him the third retired general Trump has chosen for his cabinet.

“I am humbled and grateful to be nominated to serve in President-elect Trump’s cabinet as Homeland Security Secretary,” Kelly said in the statement released by Trump’s transition team. “The American people voted in this election to stop terrorism, take back sovereignty at our borders, and put a stop to political correctness that for too long has dictated our approach to national security. I will tackle those issues with a seriousness of purpose and a deep respect for our laws and Constitution.”

Kelly is the former head of the U.S. Southern Command, a military post that overseas U.S. activities in Central and South America.