Conway Says Trump Will Pick SCOTUS Nominee From List of 21...Which Doesn't Include Ted Cruz 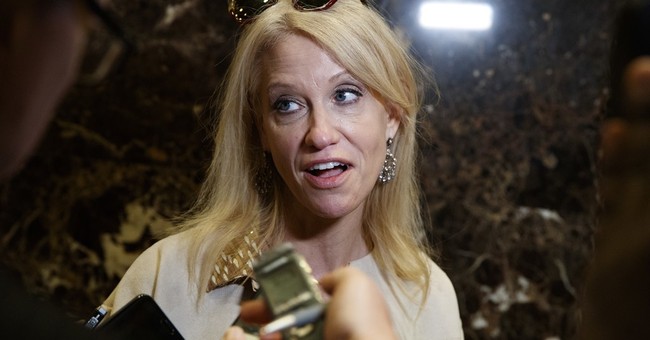 In a few brief remarks to reporters at Trump Tower in New York City on Wednesday, Kellyanne Conway said the president-elect will make a Supreme Court pick from the list of 21 candidates he identified during his campaign.

Despite rumors Sen. Ted Cruz may be chosen to serve on the Supreme Court, his name did not appear on Trump’s list, which he initially released in May. A finalized list was released in September.