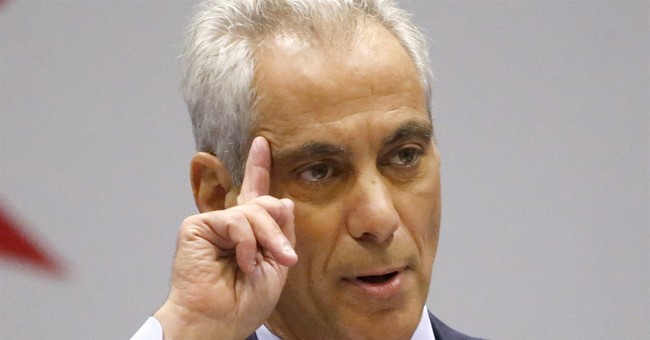 After President-elect Donald Trump said on Sunday in an interview with “60 Minutes" that he would immediately deport up to 3 million illegal immigrants that have criminal records, Mayor Rahm Emanuel pledged to uphold Chicago as a sanctuary city.

“To be clear about what Chicago is, it always will be a sanctuary city,” the mayor said Monday at a news conference, seeking to allay worries about Trump’s message to interviewer Lesley Stahl.

"To all those who are, after Tuesday's election, very nervous and filled with anxiety ... you are safe in Chicago, you are secure in Chicago and you are supported in Chicago,"said Emanuel.

Trump did not go into detail in the CBS interview about sanctuary cities, but said “we are going to … get the people that are criminal and have criminal records, gang members, drug dealers, where a lot of these people, probably 2 million, it could be even 3 million, we are getting them out of our country or we are going to incarcerate.”

Despite the threat of losing money, the mayors of New York, Los Angeles, San Francisco, Seattle, and Philadelphia, among others, have also vowed to keep their sanctuary city status in place.