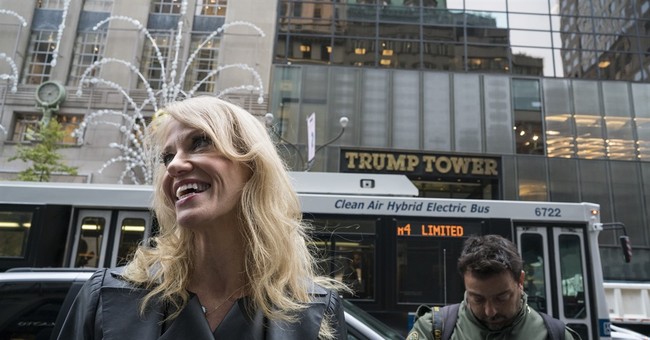 Donald Trump campaign manager Kellyanne Conway said on Twitter that she’s been offered a White House job, though did not offer specifics.

Conway was responding to a report saying that she was hesitant to take a position in a Trump administration because she wanted to continue running her business.

“False,” she responded to editor for New York magazine Gabriel Sherman. “Could it be those “sources” want the WH job I’ve been offered?”

Conway said in an interview on Wednesday after Trump’s big win that she would “serve in whatever capacity I'm asked, where I feel like a can be most helpful."