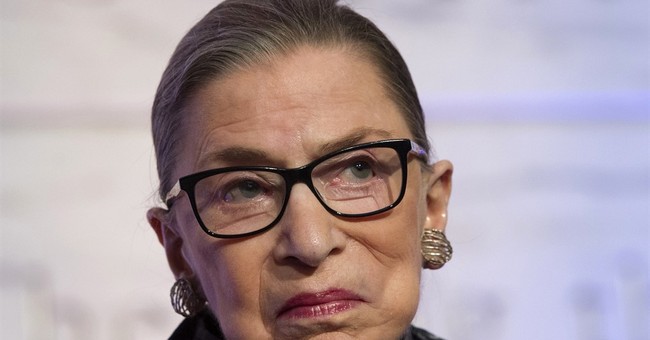 Justice Ginsburg wore her “dissent jabot” Wednesday morning on the bench in a move that’s being interpreted as a repudiation of Donald Trump’s win.

Ginsburg has been a harsh critic of Trump, going so far as to say back in July that she couldn’t imagine what would happen to the U.S. if he became president.

Quoting her late husband, she even said it might be time to move to New Zealand.

Ginsburg explained to Yahoo News in 2014 that she wears the collar when issuing dissenting opinions. Since no opinions were read Wednesday, it’s reasonable to assume Trump’s victory was what she was objecting to.