How Trump Can Overturn the Iran Deal 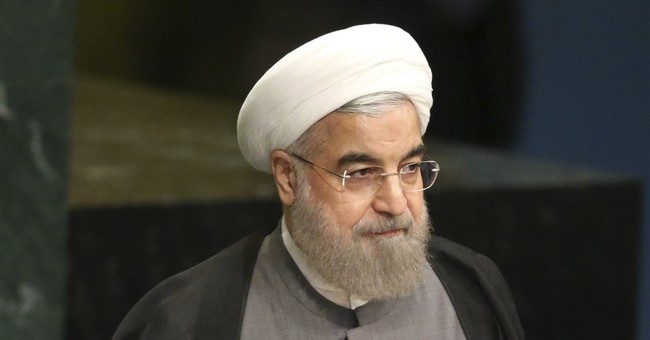 Donald Trump has long called the Iran deal a disaster and pledged to renegotiate with Iran if he were elected. Thus, after he won a historic victory on Tuesday, Iranian President Hassan Rouhani was quick to come out saying there was “no possibility” the deal could be overturned. But is that true?

According to James Phillips, The Heritage Foundation’s senior research fellow for Middle Eastern affairs, Rouhani’s claim “is an outright lie.”

President Barack Obama purposely structured the deal as an executive agreement to make an end-run around Congress, which he knew would oppose the flawed and risky deal.

After his inauguration, Trump would have the authority to revoke the executive agreement.

A Trump administration, Phillips argues, could use the multitude of examples of Iran violating international law to do away with the deal.

Iranian Foreign Minister Mohammad Javad Zarif chimed in to urge Trump to accept the agreement: “Every U.S. president has to understand the realities of today’s world. The most important thing is that the future U.S. president stick to agreements, to engagements undertaken.”

Iran has also been caught trying to covertly buy illicit dual-use nuclear technology in Germany. This violates its commitments under the nuclear agreement to obtain international approval for all nuclear purchases.

On the campaign trail Trump compared the Iran deal to a bad contract and said he’d “police that contract so tough that they don't have a chance.”