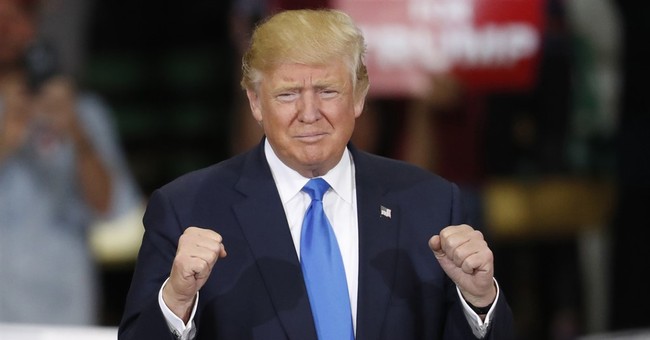 Calling in to Fox & Friends Tuesday morning, Donald Trump gave a closing argument about the military, veterans, and health care, and also shared a final message with voters.

“We’re going to come up with great health care at a fraction of the cost — much better and much less expensive,” he continued. “Save our Second Amendment and remember the Supreme Court.”

He also chalked up recent polling as nothing but “phony numbers” and explained that he believes the media is dishonest.

Trump went on to knock Hillary Clinton for needing celebrities to turn out crowds.

“She can’t fill up the rooms,” he said. “She was getting very poor crowds, and then all of a sudden, she got these people. And you know, in the case of Jay-Z, the language he used was terrible.”

“She talks about me — the language was unbelievable that Jay-Z and Beyonce used,” he added. “You know, frankly a lot of people left and they left because of the language and then they left when the performance was done, and there weren’t too many people in the room.”

“She would have been better off not having” them, he said. “I could do that, too, but I’m filling up rooms on the basis of what I’m saying.”

TRUMP: I'm filling up rooms on the basis of what I'm saying; people left the Clinton rally when the performance was over. pic.twitter.com/Vdh37Htzqp

And when asked for his final message to voters, the GOP nominee had this to say:

“We have a great, great country, we have tremendous potential. Go out, and vote.”