Obama to FBI: 'Unless You've Unearthed Something, You Need to Just Do Your Job' 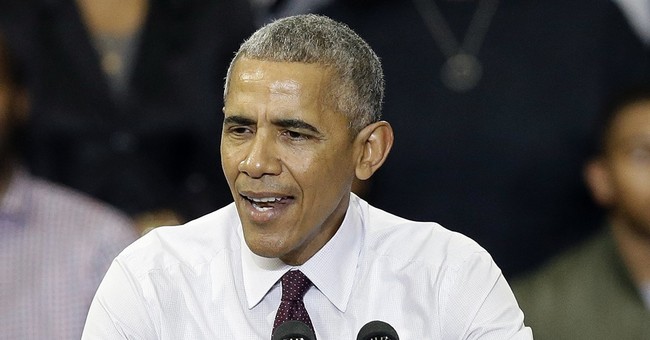 President Obama took a shot at the FBI on Friday over the reopened investigation of the Democratic nominee’s private email server.

“When you are investigating a case then unless you have unearthed something, you need to just do your job,” Obama said in an interview with Al Sharpton, which aired Friday evening on MSNBC’s “All in With Chris Hayes.”

“But we give enormous power to our law enforcement officials to keep us safe, to do a great job, to protect us,” he added. “But we also put these norms and rules in place, some of them written, some of them unwritten, to make sure that any of us are not suddenly affected by innuendo or rumors."

While a recent poll shows last week’s announcement really didn’t really affect Clinton’s polling, it has certainly sent Democrats into a tailspin in the final days of the race—many of whom have taken to attacking Comey’s character and accusing him of trying to sway the election. But President Obama pushed back on this claim.

“Now I've said before and I'll say again, Jim Comey is a good man,” he said. “And I do not believe that he is in any way trying to influence the election one way or another.  I think he is a serious public servant who wants to do the right thing.”