Trump Jr. Says Running for President Is a "Step Down" For His Father 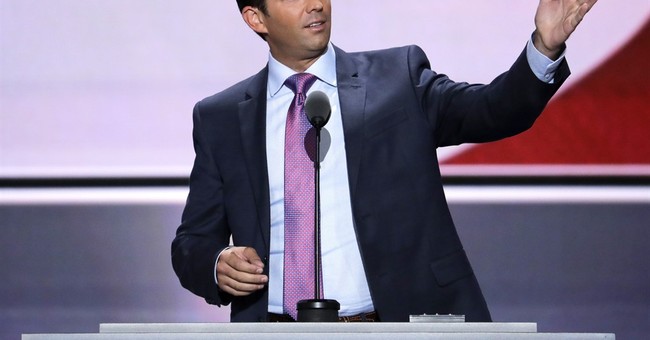 Donald Trump Jr. defended his father’s performance at the third presidential debate Wednesday night and said that running for president is a “step down” for the Republican nominee.

"He hasn’t spent his whole life to be up on the debate stage like a career politician,” Donald Trump Jr. said when asked how his father did during the debate. "He spent his life creating jobs, building things, doing things that would benefit American workers in this country.

Trump Jr. said his father was learning as he goes “because he’s a real American.”

"Imagine, if he was doing this for his whole life, he’d be the greatest politician in the history of the world."

He continued: "UnlikeHillary Clinton, who’s gotten very rich being a politician, peddling American influence, he hasn’t. This is only a step down.”

Trump’s son presumably meant that becoming a politician is a step down financially for his father.