Baio: Trump Was a Dem 11 Years Ago So Shouldn't He Get a Pass for His Comments? 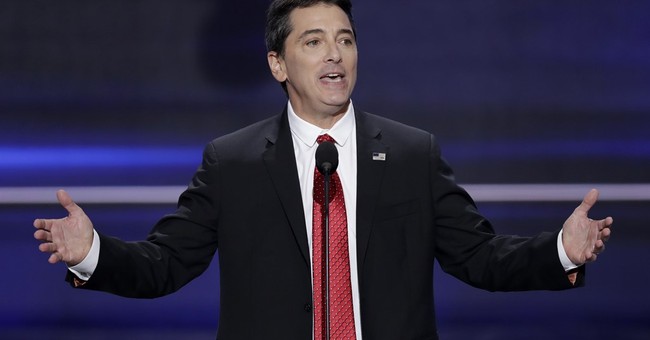 One of the reasons actor Scott Baio endorsed Donald Trump earlier this year is because he spoke like a regular guy. Judge Jeanine Pirro reminded Baio of his reasons for supporting Trump when he appeared on her show this weekend, and wondered if the lewd comments about women Trump made 11 years ago is the same sort of thing.

“I think 11 years ago Trump was a Democrat, so doesn’t he deserve a pass?” Baio joked. “Just throwing that out there.”

He went on to say he still likes Trump because he’s not a politician and “he talks like a guy.”

Pirro, a bit surprised, interrupted him to say that she doesn’t talk like that.

Baio concluded by dismissing Trump’s remarks as “not a big thing.”