Krauthammer: Clinton's Planned Ad Buys on The Weather Channel Reinforce Perception of Her As Someone of 'Unbridled Ambition' 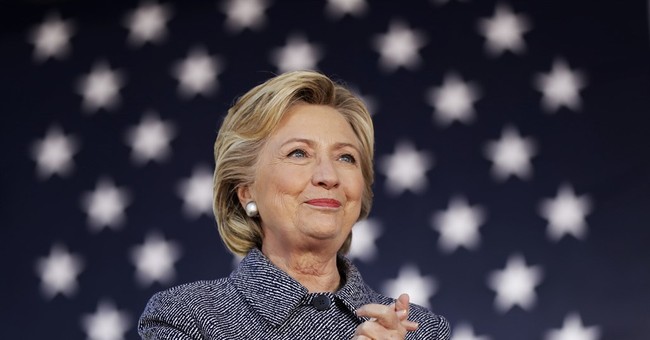 Team Clinton has delayed a planned Florida ad buy on The Weather Channel after backlash over the insensitivity of targeting voters in the storm’s path.

“We have requested that stations in Florida delay any of those ads on the Weather Channel until after the storm passes,” spokesman Jesse Ferguson said in a statement Thursday.

The Clinton campaign had planned the ad buy over a five-day period starting Thursday as the storm was heading toward the coast.

The move was called “insensitive” and Rep. Greg Walden, chairman of the National Republican Congressional Committee, warned the campaign about being “too political at a time when the country has its prayers with the people affected.”

“I can’t believe sometimes how ham-handed the Clinton campaign is. … You get a lot of eyeballs on The Weather Channel but if you’re running around trying to find the kids in the middle of a hurricane, those are going to be angry eyeballs,” he said on Fox News’ “Special Report.” “And secondly, there is a national effect. Her reputation as somebody of unbridled ambition, everything has to fall in the path of her ambition to ascend. And to be talking about ad buys on The Weather Channel in a situation like this only reinforces that, that there’s nothing there except ambition.”