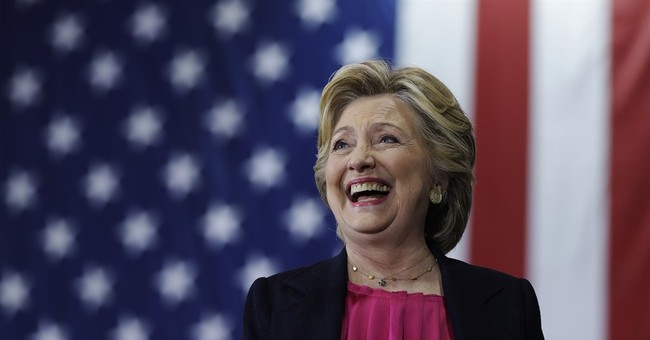 Since The Arizona Republic began publication in 1890, its editorial board has always endorsed the Republican candidate in the presidential race over the Democrat—until now. Breaking its 126-year tradition, the paper has thrown its weight behind Hillary Clinton for president.

“The 2016 Republican candidate is not conservative and he is not qualified,” the editorial states.

The paper notes that only a leader with “a cool head and the ability to think carefully before acting” can handle the myriad challenges the U.S. faces both at home and abroad. Hillary Clinton fits the bill—Trump, not so much.

Moreover, the paper cites Clinton’s “temperament and experience” as qualities that make her fit to be commander in chief—both of which they claim Donald Trump lacks.

But the paper does acknowledge that Clinton is far from the perfect candidate, pointing to the email scandal and donations to the Clinton Foundation while she was secretary of state as prime examples. Nevertheless, they still say she is the better choice.

Trump, the paper claims, “responds to criticism with the petulance of verbal spit wads” and “lack[s] … human decency, empathy and respect.”

The editorial board goes on to address immigration, equality, respect, foreign affairs, and more before concluding that Clinton is the only one who can “reach out to those who feel left behind” and move the nation “beyond rancor and incivility.”

Check out the entire endorsement here.