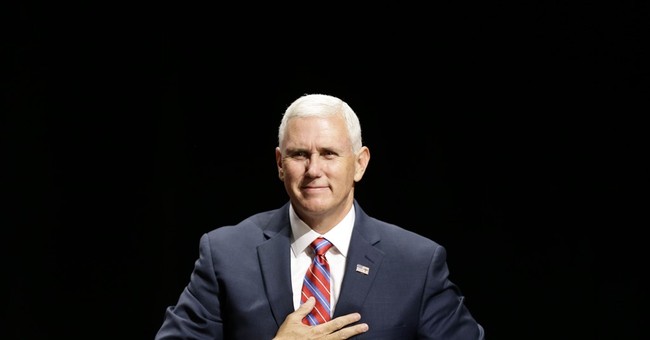 At a rally in North Carolina on Thursday, 11-year-old Matthew Schricker essentially asked Gov. Mike Pence if his role in a Trump administration would be damage control.

“Good morning, Gov. Pence,” he said. “My name is Matthew, and I’m 11 years old.  I’ve been watching the news lately and I’ve been noticing that you’ve been kind of softening up on Mr. Trump’s policies and words. Is this going to be your role in the administration?”

Pence, who seemed a bit caught off guard by the question at first, was good natured about it nonetheless.

“Matthew. What did you say that I've been doing?" he asked.

"Um, you've been kind of softening up on his words and policies,” Matthew responded.

Pence laughed and assured the crowd that first, Matthew has a bright future, and secondly, that he “couldn't be more proud to stand with Donald Trump, and we are shoulder to shoulder in this campaign.”

Check out the video below:

Boy asks Pence: Is your role "softening up" Trump's words?

Pence: "things don’t always come out like you mean..." https://t.co/sGXbMyGBpJ