Trump: Clinton Is the Devil, You Know 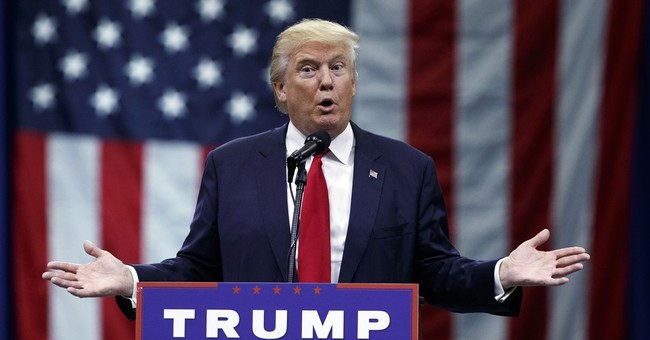 Speaking at a campaign rally in Harrisburg, Pennsylvania, on Monday, GOP nominee Donald Trump said Bernie Sanders’ endorsement of Hillary Clinton was a “bad deal,” and described the Democratic nominee as the “devil.”

“He made a bad deal,” Trump said. "He should not have made the deal. Believe me, he has buyers’ remorse.

“His people are angry at him, and they should be. If he would have not just done anything, gone home, go to sleep, relax, he would have been a hero. But he made a deal with the devil. She’s the devil.”

Clinton could’ve garnered more favor among Sanders supporters by choosing a progressive vice president, Trump suggested, but instead, Clinton chose someone “who is like the exact opposite of him.”

“Tim Kaine, from Virginia, has one problem. The first thing he did as governor there is he raised taxes by $4 million dollars. He’s not even popular there, I don’t get it,” Trump said.

He also lambasted the media for their liberal bias.

“The biggest problem is we have a very dishonest media,” he said. "These are among the most dishonest people you’ll ever, ever meet.

“I’ll tell you – they’re so biased towards ‘Crooked Hillary,’” Trump said of CNN. "They call it CNN – ‘Clinton News Network.' We’re going to punch through the media. We have to.”

Trump expressed concern at a different event on Monday in Ohio that the election may be rigged in Hillary’s favor.