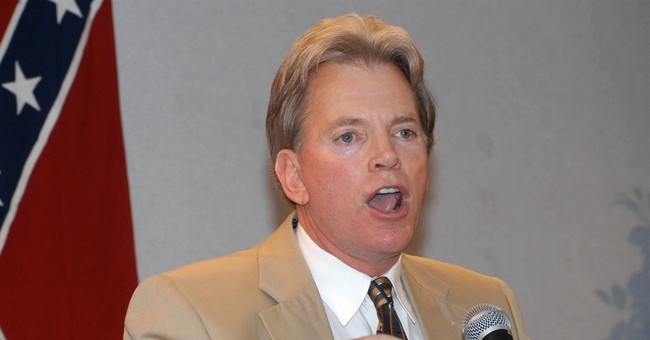 The one-term Louisiana state representative will be seeking the vacated seat of Republican David Vitter.

On his website, Duke said he was urged to run by “enormous numbers of people [in] his district to run for United States Congress."

"With the country coming apart at the seams and no one willing to really speak the truth about what is happening, the majority population in this country needs someone who will actually give voice to their interests in the face of an increasingly violent hatefest launched by the media and political establishment against them," his website reads.

In addition to being the former head of the notorious white supremacist group, he’s also a convicted felon, serving time in 2002 for tax evasion and mail fraud.

In his effort to win the seat, Duke, a registered Republican, will be on his own, as the Republican Party has said it will not be proving any support whatsoever.

"Louisiana voters will be able to choose from several Republican Senate candidates who will have a great impact on the Bayou State and the future of our country," National Republican Senatorial Committee executive director Ward Baker said in a statement. "David Duke is not one of them. He will not have the support of the NRSC under any circumstance."