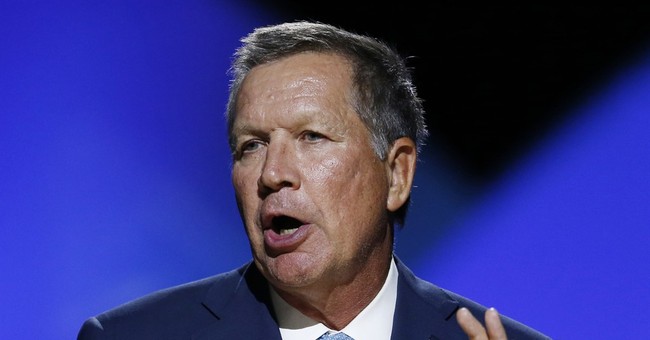 Ohio Gov. John Kasich long said he never wanted to be Donald Trump’s vice president—even though the terms of the deal would’ve been much sweeter than the typical VP’s job.

According to The New York Times, Trump’s campaign reached out to the Ohio governor back in May to offer him the position of being “the most powerful vice president in history.”

One day this past May, Donald Trump’s eldest son, Donald Trump Jr., reached out to a senior adviser to Gov. John Kasich of Ohio, who left the presidential race just a few weeks before. As a candidate, Kasichdeclaredin March that Trump was “really not prepared to be president of the United States,” and the following month he took the highly unusual step of coordinatingwith his rival Senator Ted Cruz in an effort to deny Trump the nomination. But according to the Kasich adviser (who spoke only under the condition that he not be named), Donald Jr. wanted to make him an offer nonetheless: Did he have any interest in being the most powerful vice president in history?

When Kasich’s adviser asked how this would be the case, Donald Jr. explained that his father’s vice president would be in charge of domestic and foreign policy.

Then what, the adviser asked, would Trump be in charge of?

Kasich has yet to endorse Trump, however, and won’t even show up at the GOP convention in Cleveland this week—a decision that’s “embarrassing to his state,” Trump’s campaign manager Paul Manafort said.