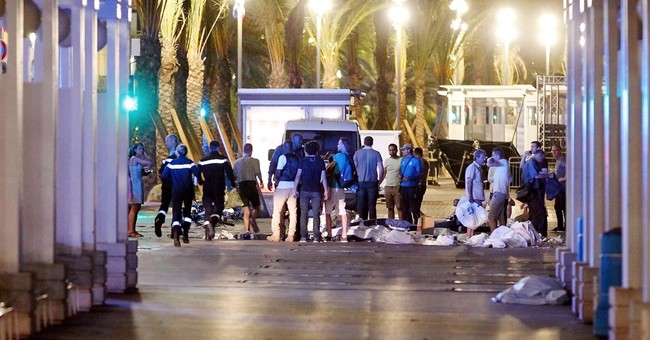 Some supporters of the Black Lives Matter movement were upset after news broke of the horrific terror attack in Nice, France on Thursday evening—but not because of the tragedy itself. Rather, some took to Twitter to express their frustration that the BLM movement would no longer be in the limelight.

The attack in Nice killed more than 80 people, many of whom were children, after a terrorist drove his truck into crowds celebrating Bastille Day.

Liberal Twitter Up in Arms As Bill Maher Trends Again For Mercilessly Mocking the Woke Left
Townhall
Now the 'I work on the COVID floor at my hospital' variant is spreading on Twitter thanks to a veterinarian
Twitchy
'Science' Burns Its Credibility to the Ground and Vindicates Republicans Along the Way
Redstate
MIT Study: Vaccine Hesitancy Is 'Highly Informed, Scientifically Literate,' and 'Sophisticated'
PJ Media