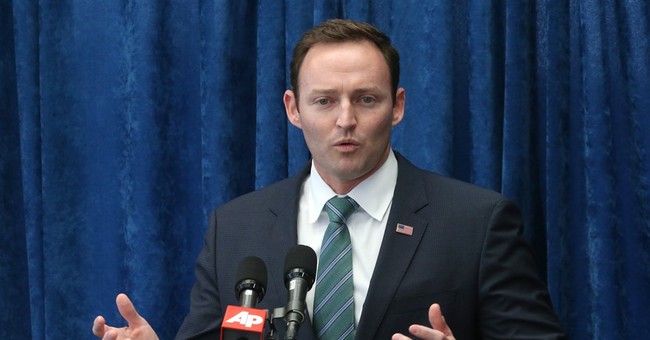 Democratic Rep. Patrick Murphy, who’s running for Sen. Marco Rubio’s seat in Florida, may have a problem on his hands this campaign season: he’s been caught in a lie.

The Florida congressman is running as a small businessman who’s had a career as a Certified Public Accountant. The only problem, however, is that both claims are completely false.

A CBS4 News investigation into Murphy’s history as both a CPA and a self-described small business owner, however, shows Murphy has in some cases exaggerated his experience and in other instances made claims that were misleading or outright false.

For instance, he has never worked a day in his life as a Certified Public Accountant.

And he was never a small business owner.

Apparently unaware of the report when he appeared on MSNBC Wednesday evening, Murphy again touted these experiences.

“I look forward to introducing myself making sure everyone knows I’m a small business guy. I’m a CPA. I want to solve problems. I like showing up to work, showing up to committee compared to Marco Rubio who hates the job and using this as a platform to run for a higher office,” he told host Steve Kornacki.

Since Democrats apparently don’t mind liars, it remains to be seen whether his false claims will actually end up hurting him in his bid for the Senate seat.