Dozens of Officials Break With Administration, Call for Strikes Against Assad 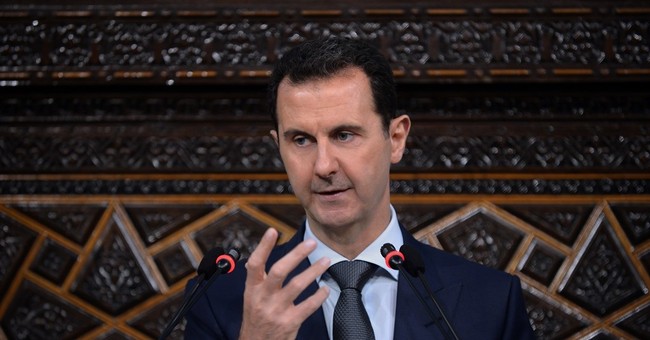 Protesting the Obama administration’s policy in Syria, dozens of State Department officers have signed an internal document calling on the administration to order targeted military strikes against Damascus to force regime change as the only way to defeat ISIS, the Wall Street Journal reports.

The “dissent channel cable” was signed by 51 State Department officers involved with advising on Syria policy in various capacities, according to an official familiar with the document. The Wall Street Journal reviewed a copy of the cable, which repeatedly calls for “targeted military strikes” against the Syrian government in light of the near-collapse of the ceasefire brokered earlier this year.

The views expressed by the U.S. officials in the cable amount to a scalding internal critique of a longstanding U.S. policy against taking sides in the Syrian war, a policy that has survived even though the regime of President Bashar al-Assad has been repeatedly accused of violating ceasefire agreements and Russian-backed forces have attacked U.S.-trained rebels.

While use of the ‘dissent channel’ is not unique, according to U.S. officials, the number of diplomats signing on was.

“It’s embarrassing for the administration to have so many rank-and-file members break on Syria,” a former State Department official who worked on Middle East policy told the Journal.

The cable warns that the U.S. is losing prospective allies among Syria’s majority Sunni population in its fight against the Sunni extremist group Islamic State while the regime “continues to bomb and starve” them. […]

It calls for the U.S. to change course and create a more robust partnership with moderate rebel forces to fight against both Islamic State and Mr. Assad’s government. Many Syrian Arab rebels have been reluctant to join the U.S.-led coalition because of its singular focus on Islamic State and not on the regime.

Such a force would shift “the tide of the conflict against the regime [to] increase the chances for peace by sending a clear signal to the regime and its backers that there will be no military solution to the conflict.”

The Obama administration has attempted to steer clear of attacking Assad’s regime because they argue it could embroil the U.S. in direct conflict with Russia and Iran.

But in the cable, officials say Russia and Assad have not taken past negotiations and ceasefires seriously; thus, they suggest a “more muscular military posture” going forward, the Journal reports.

“Failure to stem Assad’s flagrant abuses will only bolster the ideological appeal of groups such as Daesh, even as they endure tactical setbacks on the battlefield,” the cable reads.