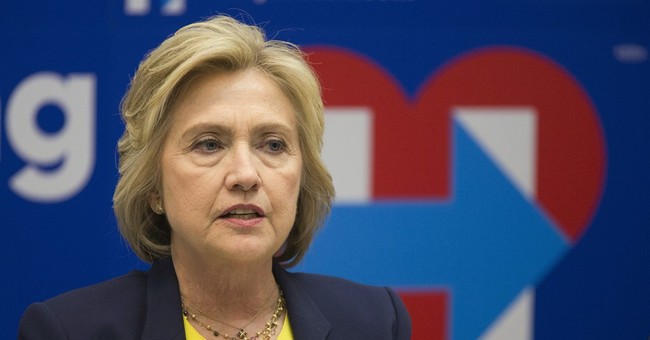 With the California primary less than a week away, and the latest polls showing Hillary Clinton only two points ahead of rival Bernie Sanders, which direction California is anyone’s guess.

Hillary’s campaign is doing all it can in the remaining days to avoid an embarrassing loss in the Golden State, jamming 30 events into the few days leading up to the primary.

“If she loses California, which is now increasingly likely,” Douglas Schoen, former pollster and political adviser to Bill Clinton, said on Fox News. “She’s behind Donald Trump in a number of polls, we’ve got the Justice Department likely to render a judgment that finds some culpability somewhere, don’t you think ... that the Democratic Party will say ‘Why do we need this? Why do we need to risk a defeat with Secretary Clinton?’”

In an editorial in The Wall Street Journal, Schoen expands on the notion that Clinton may not be the nominee.

“A Sanders win in California would powerfully underscore Mrs. Clinton’s weakness as a candidate in the general election,” he writes. “Democratic superdelegates—chosen by the party establishment and overwhelmingly backing Mrs. Clinton, 543-44—would seriously question whether they should continue to stand behind her candidacy.”

He continues: “[W]ith her poll numbers dropping, her legal headaches increasing, the Sanders candidacy showing renewed vigor, and Donald Trump looming as a wrecking ball for the president’s legacy, Mr. Obama and adviser Valerie Jarrett might begin sending signals to the Democratic National Committee and to the vice president that a Biden rescue operation wouldn’t displease the White House.”

Back in January Joe Biden said he regretted not running for president “every day.” Could he be cast as the "white knight rescuing the party”? With as unpredictable as this election cycle has been thus far on both sides of the aisle, it seems anything is a possibility at this point.