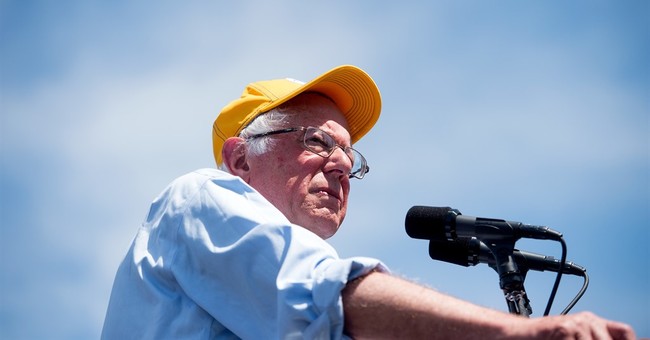 If anything indicates how worried Team Clinton is about her chances in the California primary, it’s her packed schedule. Between now and the June 7 contest, Hillary and company have 30 planned events in the Golden State.

Clinton was supposed to be campaigning in New Jersey on Thursday. Presumably, however, Clinton’s team looked at new polling and decided to turn the plane around. Not only is Clinton only two points ahead of her opponent, but Sanders supporters are much more enthusiastic about their candidate.

“Sanders voters indicated a higher level of enthusiasm for their candidate compared to Clinton voters, with 65 percent of those backing the Vermont senator saying they are enthusiastic about their choice compared with 45 percent who said the same of Clinton.”

The Vermont senator, who is used to being written off by the Clintons, couldn’t help poking fun at their seemingly desperate pivot.

“‘I wonder why Secretary Clinton and her husband Bill are back in California,’ Sanders sarcastically told reporters Wednesday in Spreckels, California. ‘I thought we had lost it. It was all over but I guess Secretary Clinton maybe is looking at some polling would suggest otherwise.'”

Clinton is expected to amass the necessary amount of delegates to secure the Democratic nomination next week regardless, but the symbolism of another defeat at the hands of the 76-year-old Democratic socialist will not present her as a confident candidate heading into the general election.

A loss in California, the Los Angeles Times notes, would be “demoralizing.”