On Deathbed, GOP Senator Apologized to Muslims for Trump 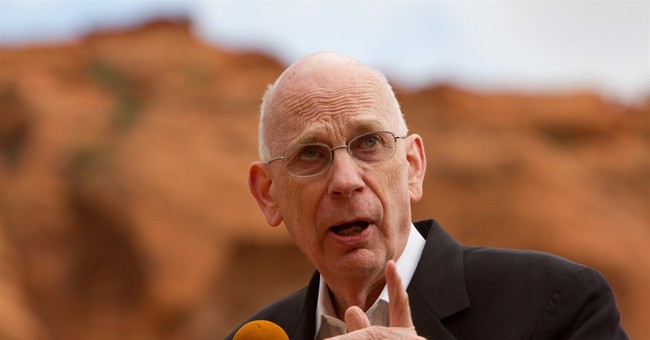 Former Utah Sen. Bob Bennett found Donald Trump’s proposal to temporarily ban Muslims from entering the U.S. so offensive, he felt the need to apologize to them—on his deathbed.

After battling cancer and suffering a stroke, Bennett, who died earlier this month, turned to his son in the hospital and asked if there were any Muslims there.

Jim Bennett said that when he later spoke to his mother, Joyce Bennett, about the conversation, she told him that expressing a sense of inclusion for ostracized populations, especially Muslims, had become "something that he was doing quite a lot of in the last months of his life."

Joyce told her son that his father had approached people wearing hijabs in an airport to "let them know that he was grateful they were in the country and the country was better for them being here."

Bennett, a three-term Republican Senator who lost in Utah's 2010 Republican primary to two tea-party opponents, had become increasingly concerned with Trump's rhetoric in recent months, even after he had initially written off the billionaire businessman when he first jumped into the race.

"I think he got increasingly troubled as he saw the Republican Party becoming the party of Trump," Jim told NBC News. "I think Trump's rise was really the motivation for him to recognize the importance of expressing his desire for inclusion. He just felt it was his responsibly to push back."