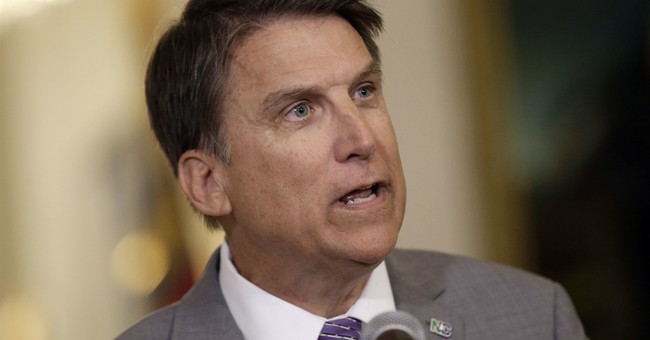 Even before North Carolina began its legal battle with the Obama administration over its bathroom law, which requires people to use public restrooms that correspond to their biological gender, many, like presumptive GOP nominee Donald Trump, argued that the law was no good simply for economic reasons.

“The problem with what happened in North Carolina is … the economic punishment that they're taking," Trump noted after companies like PayPal cancelled plans to expand business operations in the state, costing North Carolina hundreds of jobs. Politicians and musicians also protested, refusing to travel there.

But rather than place the blame on North Carolina for being “impermissibly discriminatory,” as AG Loretta Lynch said on Monday, why aren’t more being critical of the companies who do business in countries where homosexuality is illegal?

North Carolina Governor Pat McCrory pointed out the hypocrisy in a recent interview with Fox News.

“I need to say PayPal, for example, is kind of selective hypocrisy and selective outrage,” he said.

As you can see in the Washington Post’s graph below, homosexuality isn’t just illegal in the aforementioned countries where PayPal operates—it is punishable by death. But to this, left-leaning companies apparently turn a blind eye.