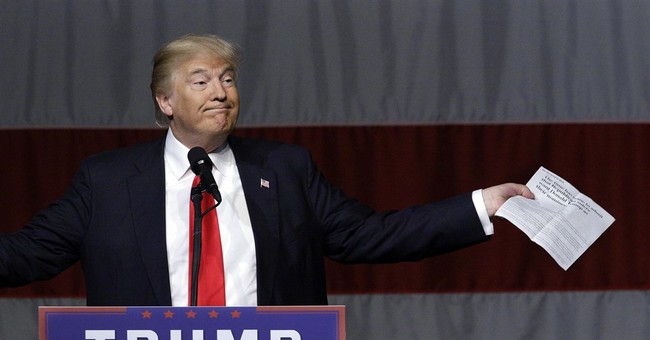 When Sen. Ted Cruz decided to announce Carly Fiorina as his running mate last week, many began wondering who Trump would choose as his. Now, with the Texas senator out of the race and the real estate mogul the presumptive GOP nominee, speculation over his vice presidential pick is mounting.

While Trump still refuses to name names just yet, noting that it’s “too soon,” he did say on MSNBC’s “Morning Joe” Wednesday that he will “probably go the political route.”

“I think a lot of people are talking about certain names, and certainly those are the names we're thinking of, maybe the obvious ones, but I will say I probably will go the political route,” he said.

Given that he has the business talents, Trump said that picking someone political would help him navigate areas he’s not as well versed in.