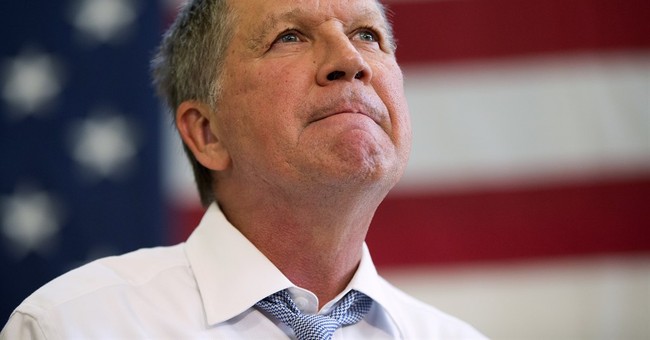 Almost everyone has accepted that Donald Trump is the presumptive GOP nominee after Tuesday’s win in Indiana. Everyone, that is, except Gov. John Kasich.

In a Facebook note posted on Tuesday, the Ohio governor’s campaign said it has no plans to bow out of the race unless Trump reaches 1,237 bound delegates before the convention.

“Our strategy has been and continues to be one that involves winning the nomination at an open convention,” the note states, pointing out the differences between Kasich’s “positive, inclusive approach” and Trump’s “disrespectful ramblings.”

The note goes on to provide five reasons why Kasich is not giving up: he can win a contested convention; he is the only Republican that can win in November; he offers the country a “refreshing choice of hope, inclusion and conservative reform”; since the future of America and the GOP are at stake, he’s not giving up; and finally, he has the qualifications needed to be the next president.

“This is the stark choice that confronts Republicans between now and when a nominee is chosen in Cleveland. Gov. Kasich looks forward to continuing to compete with Donald Trump in the upcoming primaries through California on June 7th,” the note concludes.

Now more than ever, there are two paths...https://t.co/XGNi1Uf8lT