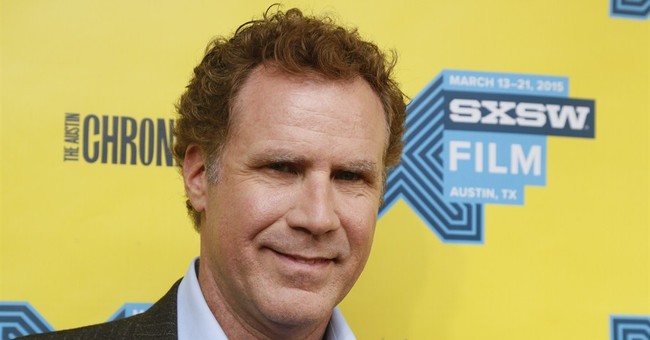 Having impersonated former President George W. Bush in a number of sketches on “Saturday Night Live,” actor Will Ferrell is no stranger to political comedy. But a new role he will reportedly play as former President Ronald Reagan has many up in arms—and for good reason.

Penned by Mike Rosolio, the story begins at the start of the then-president’s second term when he falls into dementia and an ambitious intern is tasked with convincing the commander-in-chief that he is an actor playing the president in a movie.

The script was so popular following its announcement on the Black List, an annual catalog of the top unproduced scripts in Hollywood, that a live read was done recently done in March starring Lena Dunham and John Cho.

Ferrell will produce along with production banner Gary Sanchez Productions. The package currently is without a director, but will soon be shopped to studios.

Reagan’s family has expressed outrage over the film, along with a number of other Twitter users.

Alheimers is not a comedy first it robs you then it kills you.#Alzheimers

His daughter Patti Davis also wrote an open letter to Ferrell, explaining how their family watched helplessly as their father drifted away.

"Alzheimer’s is the ultimate pirate, pillaging a person’s life and leaving an empty landscape behind," she writes. "It sweeps up entire families, forcing everyone to claw their way through overwhelming grief, confusion, helplessness, and anger. Perhaps for your comedy you would like to visit some dementia facilities. I have — I didn’t find anything comedic there, and my hope would be that if you’re a decent human being, you wouldn’t either."

Even if you haven’t experienced a loved passing through the heartbreaking stages of Alzheimer’s, one would think we could all agree that anyone suffering from the disease shouldn’t be made fun of for it. Then again, this is Hollywood we're talking about, and Reagan was a Republican.

Cassidy Hutchinson's Credibility Has Taken Another Hit
Townhall
'The difference matters': Reporter notes that the 'shot at' narrative is nuanced and suspect might not have taken aim
Twitchy
The Left Is Pouncing on Pics of Highland Park 'Person of Interest,' Desperate to Make Trump Link
Redstate
Five Tips on How to Have Fun AND Annoy Your Commie Neighbors on the 4th of July
PJ Media