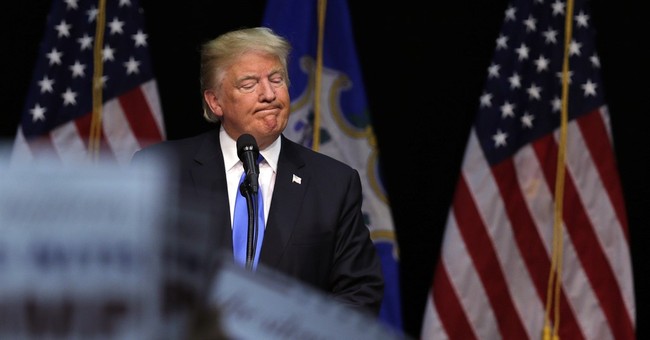 Donald Trump has made a lot of bold claims on the campaign trail, including that he’s going to erase the nation’s $19 trillion in debt in eight years by cutting better trade deals. The claim, made during an interview with the Washington Post in March, was derided as “nonsensical,” “asinine,” and “fantasy.”

Now it seems even Trump has realized it’s not possible. In an interview with Fortune Magazine published on Friday, Trump responded to a question about how his pledge to pay off the debt in 10 years would be possible (he initially told WaPo eight years).

Trump said paying off a “percentage of it” in that time would be possible, but that’s as far as he went.

“It depends on how aggressive you want to be,” he continued. “I’d rather not be so aggressive. Don’t forget: We have to rebuild the infrastructure of our country. We have to rebuild our military, which is being decimated by bad decisions. We have to do a lot of things. We have to reduce our debt, and the best thing we have going now is that interest rates are so low that lots of good things can be done that aren’t being done, amazingly.”

But experts are still questioning his new position on lowering the nation’s debt.

“Under current law, the debt will rise by 50 percent ($14 trillion to $21 trillion) by 2024,” Douglas Holtz-Eakin, a former director of the Congressional Budget Office, told Bloomberg. “He has proposed an enormous tax cut, promised to not touch either Social Security or Medicare, and is committed to bigger defense spending. His initial promise was preposterous and would not happen. This one is dubious as well.”