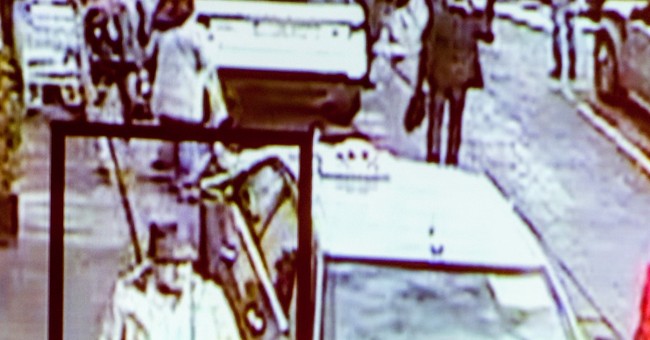 Belgian authorities have arrested the third suspect in the Brussels bombings, The Wall Street Journal is reporting. The arrest comes one day after new footage was released showing Mohamed Abrini, also known as the “man in white,” walking away from the Zeventem Airport. Abrini has been wanted since his involvement in the November Paris attacks.

During Friday’s terror sweep authorities also arrested Osama Krayem, who is connected to the attacks on the subway.

Abrini reportedly was arrested in the Anderlecht district of Brussels and his DNA was believed to have been found in an apartment in the Schaarbeek area where the airport suicide bombers left from, Sky News reported. He was the last suspect wanted in connection to the Paris attacks.