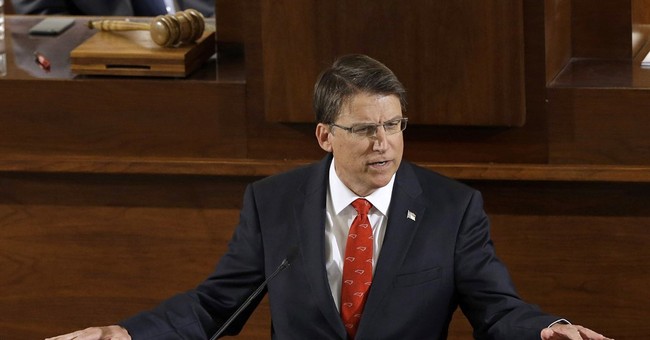 North Carolina’s law that prevents local governments from passing their own anti-discrimination measures has elicited backlash from all angles. Democratic Gov. Andrew Cuomo banned all nonessential travel to the state over the so-called bathroom bill, corporations have denounced the law, the NBA has said it could impact the state’s ability to host the 2017 All-Star game, and now, even the Obama administration is weighing in.

The Obama administration is considering whether North Carolina’s new law on gay and transgender rights makes the state ineligible for billions of dollars in federal aid for schools, highways and housing, officials said Friday.

Cutting off funding, or simply just the threat of doing so, could force the state to repeal the law. But experts say taking such drastic measures is unlikely. Still, a number of federal agencies are currently reviewing the law.

Anthony Foxx, the secretary of transportation, first raised the prospect of a review of federal funding in public remarks on Tuesday in North Carolina. The Department of Transportation provides roughly $1 billion a year to North Carolina. The New York Times then asked other federal agencies whether they were conducting similar reviews.

A Department of Education spokeswoman, Dorie Nolt, said on Friday that her agency was also reviewing the North Carolina law “to determine any potential impact on the state’s federal education funding.” She added, “We will not hesitate to act if students’ civil rights are being violated.” […]

The Department of Housing and Urban Development said it was doing a similar evaluation. “We’re reviewing the effects of the law on HUD funding allocated for North Carolina,” said Cameron French, a department spokesman.

“It would be a long process of negotiation,” Jane R. Wettach, an education law specialist at the Duke University School of Law told the Times. “I think the federal government would be loath to do it and would give North Carolina every possibility, every chance to change their position, to change the law, to negotiate, to make some exceptions. I think they’d go back and forth for a while and try to come to a negotiated settlement.”

Republican Lt. Gov. Dan Forest said the state complied with federal laws and the Constitution in writing the law. Thus, he was not convinced federal aid would be pulled.

“It would be wrong — even illegal — to single out North Carolina for unfavorable treatment,” Forest told the Times. “I’m confident that we will continue to receive this federal money despite the threats from a few in Washington, D.C.”

North Carolina Gov. Pat McCrory, who’s had enough when it comes to the widespread criticism the law has received, addressed critics in a video message last week.

“Some have called our state an embarrassment,” McCrory said. “The real embarrassment is politicians not publicly respecting each others’ position on complex issues. Unfortunately, that has occurred when legislation was passed recently to protect men, women, and children when they use a public restroom, shower, or locker room. That is an expectation of privacy that must be honored and respected. Instead, North Carolina has been the target of a vicious nationwide smear campaign.”

He continued: “Disregarding the facts, other politicians — from the White House to mayors to state capitals and City Council members and even our attorney general — have initiated and promoted conflict to advance their political agenda and tear down our state, even if it means defying the Constitution and their oath of office.”