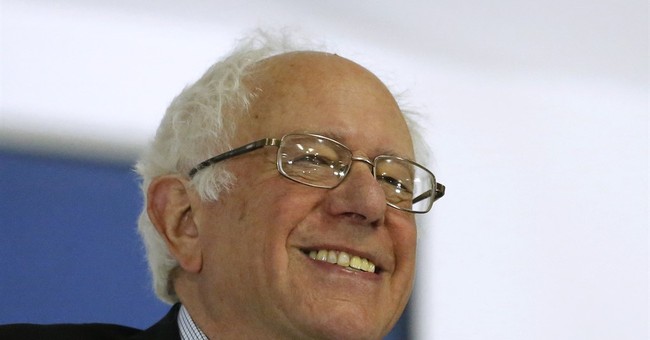 Coming straight off a resounding win in Wisconsin, Sanders took to the stage in Wyoming Tuesday evening to address supporters and discuss the theme of momentum.

His campaign was deemed a ‘fringe candidacy’ by the media at the start of the race, he reminded the audience, and they were even 60-70 points behind Hillary Clinton then. Now, however, recent national polls have him either 1 point up or 1 point down from the former secretary of state, and defeating Donald Trump by ‘significant numbers,’ he said.

“With our victory in Wisconsin, we have now won seven out of the last eight caucuses and primaries,” Sanders continued, “and we have won almost all of them with overwhelming, landslide numbers.”

Sanders then gave his usual spiel about taking on Wall Street, fighting for paid family and medical leave, ameliorating income inequality, and so on.

“When people stand up and they say the status quo is not acceptable—we will not have children working in factories, we will not have working people on the job who have no power over those jobs, we will not continue to have segregation, racism or bigotry … we will pass gay marriage in 50 states in this country,” he said. “When we are prepared to think big, when we are prepared to take on the greed and recklessness of Wall Street, when we stand together… we can create a government that represents all of us.”

Sanders noted the importance of high voter turnout in Wyoming’s upcoming caucus on Saturday, and in the rest of the races on the East and West coasts. This, he argued, is key to winning.

“We have a path toward victory, a path toward the White House, and Wyoming can give us an enormous boost forward if we win here on Saturday,” he told the crowd. “We often win when voter turnout is high, so let us see on Saturday a record breaking turnout.”