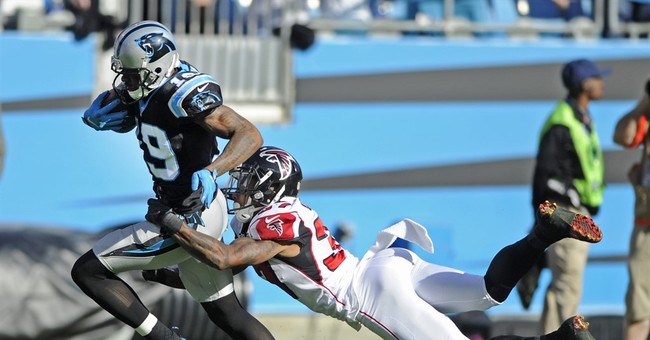 Last week the Georgia legislature passed its religious freedom bill, which seeks to protect pastors, church facilities, and faith-based organizations from going out of business because of their opposition to gay marriage. And while some conservatives consider the final language of the bill ‘significantly watered down,’ progressives are still crying foul.

Among the opponents is the NFL, which is warning that the state’s bill, which has not yet been signed into law by Republican Gov. Nathan Deal, could affect the Super Bowl selection process for 2019 and 2020.

"NFL policies emphasize tolerance and inclusiveness, and prohibit discrimination based on age, gender, race, religion, sexual orientation, or any other improper standard," NFL spokesman Brian McCarthy said. "Whether the laws and regulations of a state and local community are consistent with these policies would be one of many factors NFL owners may use to evaluate potential Super Bowl host sites."

Atlanta is one of the finalists for the next two league title games to be awarded, along with New Orleans, Miami and Tampa. The city is considered a clear favorite because of its new retractable-roof stadium that is set to open next year. However, the religious exemptions bill could change all of that.

Falcons owner Arthur Blank has his sights set on Atlanta getting the Super Bowl for at least one of those years and because of that he also has come out against the bill that would protect opponents of same-sex marriage amid concerns it could lead to discrimination against gay, lesbian and transgender people.

Blank’s opposition follows a laundry list of business leaders who are strongly against it.

"I strongly believe a diverse, inclusive and welcoming Georgia is critical to our citizens and the millions of visitors coming to enjoy all that our great state has to offer," Blank said in a statement. "House Bill 757 undermines these principles and would have long-lasting negative impact on our state and the people of Georgia."

So much for sports and politics not mixing.