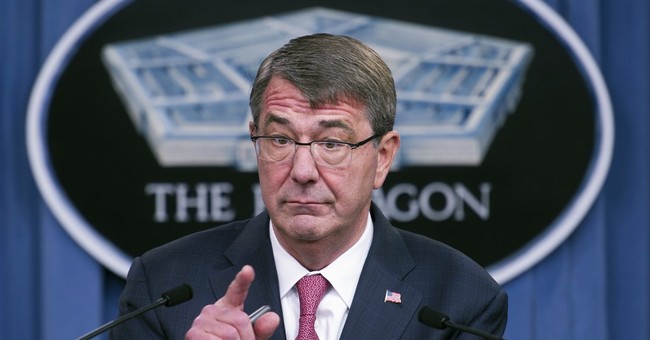 When Iran captured 10 U.S. sailors earlier this year after their boats drifted into the nation’s waters during a mechanical failure, many suspected that the Revolutionary Guard’s actions violated the Geneva Convention.

Now Secretary of Defense Ash Carter has confirmed that Iran’s treatment and detention of the U.S.’s sailors went against international law.

“As I made clear then, Iran’s actions were outrageous, unprofessional and inconsistent with international law, and nothing we’ve learned about the circumstances of this incident since then changes that fact,” Carter told the Senate Armed Services Committee on Thursday.

Carter’s pronouncement that Iran’s actions were “inconsistent with international law” went a step further than his previous remarks about the incident, in which he said their behavior angered him but left it at that.

“I was very, very angry at it,” Carter said of the detention in January. “And I'm not going to give you the international law answer, but I can tell you, Americans wouldn't have done that.”

Beyond Iran’s detention of U.S. sailors, the country has also been releasing propaganda materials, such as photographs and video showing the Americans crying and kneeling with their hands behind their heads.

Iran also said they collected thousands of pages worth of information from the Americans’ laptops, phones, GPS devices, and maps.

While Carter was clearly angry at the situation, he failed to provide lawmakers with any specific recommendations on how the administration would respond to Iran’s behavior since then.