New Ad Attacks Trump For Use of Profanity 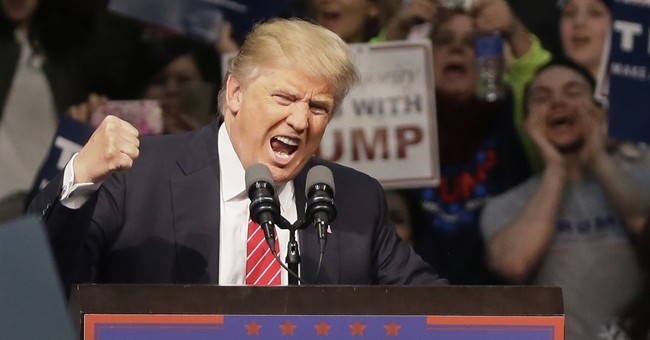 The conservative group American Future Fund Political Action has a new ad out in Florida that attacks Donald Trump over his use of profanity on the campaign trail.

The 30-second ad begins with Trump saying, “I went to an Ivy League school. I’m very highly educated. I know words. I have the best words.”

It then proceeds to show him on a television screen behind a White House lectern using swear words that range from motherf***er to ass and everything in between.

American Future Fund Political Action spokesman Stuart Roy told The Hill that the ads will begin airing Tuesday in the conservative Pensacola and Panama City areas in advance of the March 15 Florida primary.

The action group is a super-PAC affiliated with — but functionally separate from — the nonprofit 501(c)(4) group American Future Fund, which is already blasting Trump with millions of dollars' worth of attack ads, including its own $1.75 million Florida buy.

The groups' efforts are supported by a frantic last-minute campaign to defeat Trump by the Club for Growth, which on Monday announced a new $2 million ad campaign against Trump in Illinois; Our Principles PAC, run by former senior Mitt Romney adviser Katie Packer; and Conservative Solutions PAC, a pro-Marco Rubio group.

Republican mega-donors such as New York hedge fund magnate Paul Singer and the Ricketts family, which owns the Chicago Cubs baseball team, are major players in the last-ditch GOP effort to stop Trump from becoming the party's nominee.

The ad concludes that Trump is “offensive” and “out of control” and says that “America can do better.”

“Donald Trump’s repeated public reliance on profanities and vulgarities to express himself is one more piece in an ever-mounting pile of evidence that he does not have the temperament or moral integrity to lead the world’s greatest nation,” American Future Fund Political Action spokesman Stuart Roy told The Hill.