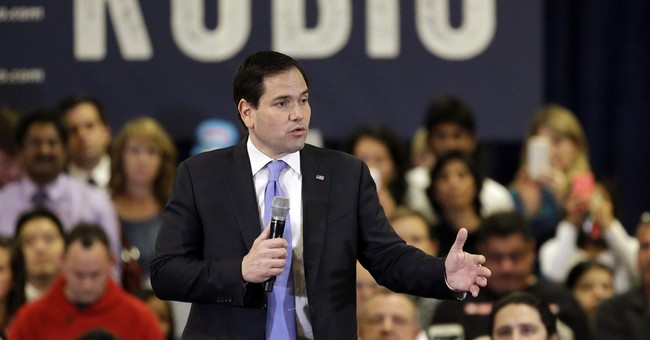 Speaking in Miami, Florida, Sen. Marco Rubio delivered what seemed to be a victory speech, although he has yet to win any Super Tuesday states.

Thus, he had his sights set on winning the Florida Republican primary, where he vowed to “send a message.” That primary contest is still two weeks away.

"Five days ago, we began to unmask the true nature of the frontrunner in this race," he said. "Five days ago, we began to explain to the American people that Donald Trump is a con artist. In just five days, we have seen the impact it is having all across the country. We are seeing in state after state, his numbers coming down, ours coming up. Two weeks from tonight, right here in Florida, we are going to send a message loud and clear."

But if polling is any indication, Rubio’s got a long way to go to beat Trump in his home state.