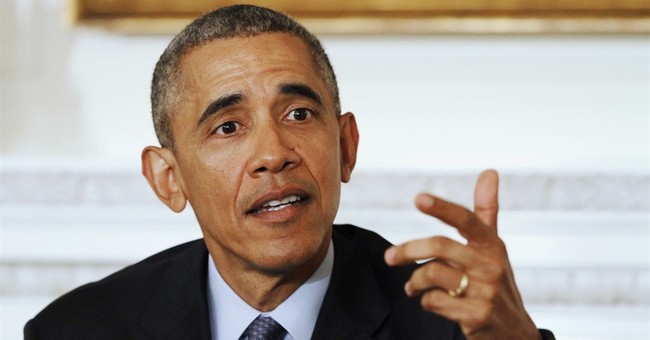 President Obama on Monday weighed in on the shooting spree in Kalamazoo, Mich., over the weekend that took the lives of six people and injured two others. Not surprisingly, he used the tragedy to again remind Americans that it’s time to get serious about gun control.

"Their local officials and first responders did an outstanding job in apprehending the individual very quickly," Obama said at a meeting of the National Governors Association at the White House. “But you’ve got families who are shattered today.”

Uber driver Jason Brian Dalton allegedly shot people at random during his rampage and picked up passengers in between the shootings.

Dalton, a married father of two, had no prior police record or anything "that would lead us to believe he was capable of this type of behavior," Kalamazoo Police Chief Jeff Hadley said on Sunday.

“I’ve got to assume that all of your are just as tired as I am of seeing this stuff happen in your states,” the president said.

“So that’s an area where we need to partner and think about what we can do in a common sense way, in a bipartisan way, without some of the ideological rhetoric that so often surrounds that issue.”

Meanwhile, three people died over the weekend and 29 were wounded in shootings across Chicago, despite the city already having some of the strictest gun control laws in the nation. No word from the president on these shootings, however.