Trump Stands By Decision to Temporarily Ban Muslims from Entering US: 'We Can’t Be the Stupid Country Anymore' 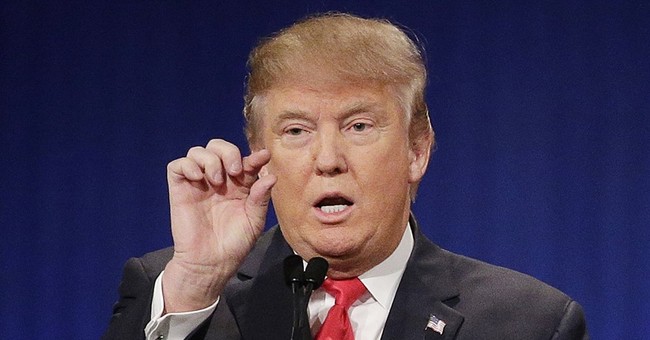 Donald Trump’s plan to temporarily ban Muslims from entering the U.S. was the most buzzed about comment of his entire campaign, according to Facebook, Maria Bartiromo pointed out.

“With more than 10 million people talking about the issue, is there anything you’ve heard that makes you want to rethink this position?” she asked the Republican frontrunner.

“No,” Trump responded emphatically to loud cheering. “We have to stop with political correctness, we have to get down to creating the country that’s not going to have the kind of problems that we’ve had with people flying planes into the World Trade Center, with the shootings in California.”

“We have to find out what’s going on,” he continued, stressing that his proposal was a temporary ban, not permanent.

The United States has a serious problem, he explained. “We can’t be the stupid country anymore. We’re laughed at all over the world.”